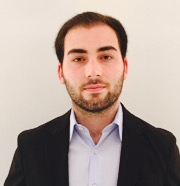 Jake Croman is an entrepreneur who lives and works in New York City. He is an Associate at Centennial Properties NY and an active real estate investor who primarily devotes his time to restaurants, medically supply companies, and fashion brands. Jake is also a consultant of a number of diverse retail concepts.

An accomplished entrepreneur, Jake Croman has contributed his advice and thoughtful insights on a variety of business topics that have appeared in major online publications like Entrepreneur, VentureBeat, and SCORE, which provides engaging advice and guidance for small business owners in the NYC area.

Jake’s passion for entrepreneurship first began in high school. Inspired by his love of music, Jake realized there was a market in New York City to connect mid-range artists with talent bookers at local music venues. Jake Croman’s desire to fill this niche gave him the motivation to throw himself into this initiative. He worked as an independent agent on commission and gained exposure to the business underlying New York City’s music and entertainment scene. Through this work, Jake has developed valuable negotiation skills and strategic networking experience, although helping talented artists find their voice and following is what made this work the most rewarding for Jake.

Jake later went on to attend the University of Michigan — Ann Arbor where he was an American Culture major in the College of Literature, Science, and the Arts with a focus on Jewish studies during World War II. Jake enjoyed the interdisciplinary nature of UM — Ann Arbor’s American Culture program, which allowed him to explore his intellectual interest in music within the larger context of American culture. He also enjoys that his coursework helped him develop a framework through which he can understand social identities within our contemporary media landscape. Additionally, Jake Croman’s studies have demonstrated the significance of ethical leadership and diversity and how it shapes innovation and success for future generations.

Becoming an entrepreneur at such a young age, Jake believes that college is the best time for businesses-minded people to begin thinking about starting their own companies, as colleges make a multitude of resources and opportunities readily available to anyone interested. Through his own experience, Jake Croman seeks to offer valuable expertise for young college entrepreneurs on how to start and grow their enterprises.

Jake’s networking and fundraising expertise allowed him to extend his knowledge for fundraising efforts on behalf of a number of charitable organizations. As a member of the University of Michigan’s Upsilon Chapter of the Tau Kappa Epsilon fraternity, Jake led the organization’s fundraising campaign to support St. Jude’s Children’s Hospital.

In addition to his fundraising work with St. Jude’s, Jake Croman is the Co-Founder of the Eddie Croman Foundation, which is a subsidiary of a larger nonprofit organization known as Frankie’s Friends. Jake’s insight helped to establish a passionate organization that supports the medical expenses of underserved families with sick or disabled dogs and pets. Growing up in a family of pet lovers, Jake knows first-hand what the bond between pet owners and their pets is like. Donations to the Eddie Croman Fund help save pets’ lives by financing grants to cover the cost of veterinary care for pet owners who cannot afford the full cost of their pet’s medical treatment.

Continuing his philanthropic work, Jake Croman also supports the NYC Chabad, the Jewish Resource Center in Ann Arbor, Michigan, as well as Yad Vashem. In his spare time, he enjoys spending time with his family and friends, while also maintaining a deep spiritual background passed down through his family. He is a big Yankees and Knicks fan and spends the majority of his time in Manhattan.